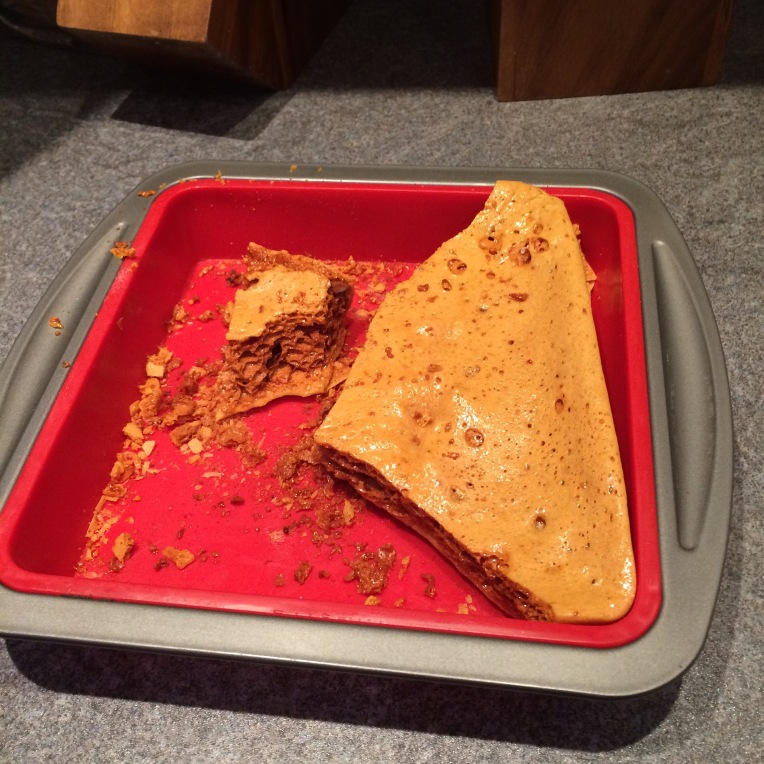 Honeycomb’s kinda my thing, I make it and bring it to shindigs, or pop it in a takeaway box if I want to make a quick gift. It’s very easy, except for one thing, which is catching it at the right moment – after the sugar melts but before it burns. If the sugar is even an eensy teensy bit caught, the honeycomb will go right over, because as it foams upon addition of the bicarb, it gets even hotter inside, or traps the heat or something.

I was at a wonderful studio warming party yesterday hosted by Renee Callahan (East London Knit). I brought some honeycomb and exclaimed how easy it was to make but failed to give  any details. Hey, it wasn’t the only bubbly stuff consumed that afternoon, ‘k?

So my apologies for teasing, and here it is:

Important: silicon bakeware to put it in (it’ll just stick to tins and glass) do not butter or otherwise prepare

2) turn the heat down so it’s still bubbling, but more slowly. Let it completely go to liquid, it should be a lovely clear golden colour by now.

3) take it off the heat, rapidly stir in the bicarb, and get that stuff into the silicon bakeware as soon as possible

4) let it cool completely. Don’t prod or poke at it. Don’t even pick bits off the side. Go lick the spoon instead. (Seriously, it could collapse)

5) try to break it into chunks without touching it. Baking parchment rocks, plastic bags are bad (sticky!!!!)

6) eat same day or maybe day after, and don’t get it wet or feed it after midnight.
:) xxxxx e enjoy! 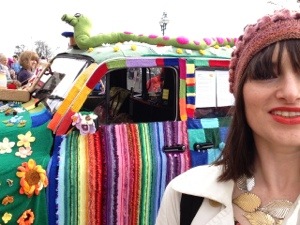 I’ve actually only been here since 11am (it’s nearly 3 now), but I feel like I’ve managed to get a lot done.

I have purchased some very interesting yarns and threads that I can’t wait to try out. 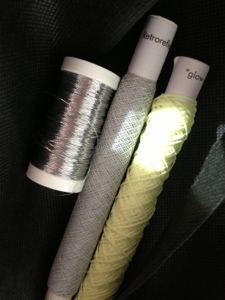 Here I have silver lurex, retro reflective and glow in the dark!!!! I have such
plans for these! Last two from the hand weavers studio. 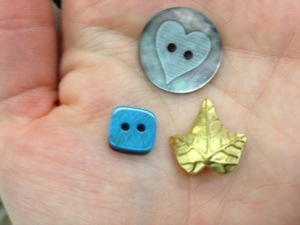 The little square blue ones will be coming to a jumper in a certain mag near you in feb.

Some swatching yarn from handmade nest 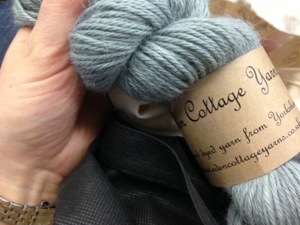 Chiaogoo sticks and stoppers from tall yarns an tales. They don’t carry the spin cables yet, but they did write it down on the show notes so may stock ’em soon!

And some odds and ends from here and there. 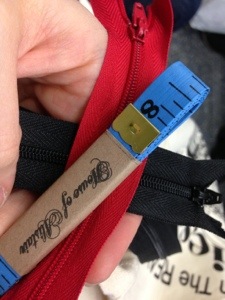 Wow, that’s more than I had realised!

On top of all this, I deposited my offerings of honeycomb in strategic locations around the show; basically one at each yarnie who has generously sorted me out with yarn support during the year. I apologise to anyone who needs to go to the dentist next week!

I had a lovely chat with Victoria and David from Eden cottage yarns (oh! just realised! like posh and becks! bet they get that all the time…), Rachel from uk alpaca and Alex from coolree, all of whom shall be getting sketches of designs in the next couple of weeks! Phew! Busy busy! The children are getting quick and easy beans on toast for din for a few weeks… 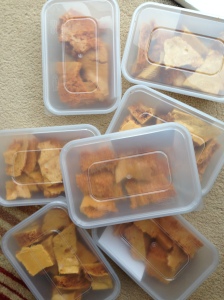