Last night, a new member tried to go to Daisy’s in the Arts for a harrow knitters meeting (sorry, Pauline!!). They don’t open up regularly enough for us, so we’re trialling meeting in each others’ homes on those first Tuesdays. For safety’s sake, we wouldn’t invite strangers to home meetings, but known members are very welcome. The next public meeting is Monday in Oddfellows at 8pm. In general, we meet as follows:

Bring along your current yarny project to work on or your latest completion to show off, and knitting books and magazines to pass around and browse through.

All knitters and crocheters welcome, regardless of level of expertise!

This is a huge “designer moment” for me, I thought I was at least 20 more patterns away from making “the list”. Seriously guys, happy, happy, happy dancing going on here.

I’ve updated my About page. It now looks like this. 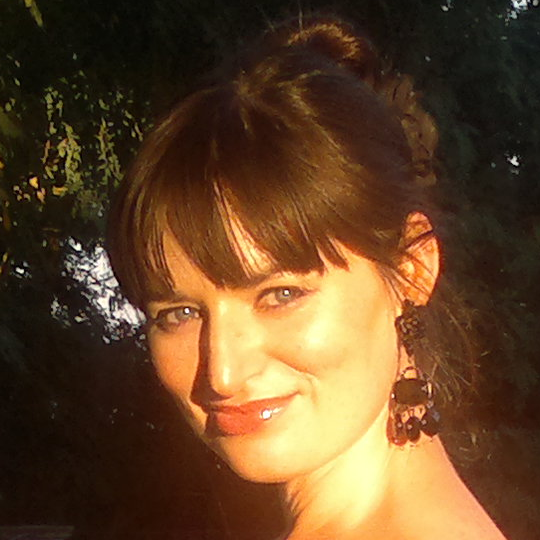 Way back when, I trained to be an engineer. I helped out as a bouncer at Star Trek conventions (keeping the Klingons and Romulans apart was FUN), I read every Neal Stephenson and Lois McMaster Bujold book I could lay my hands on, I geeked out on the S/MIME protocol, I wrote online casino games and at one point I was team lead on The Lancet website. Then I got a life. Literally.

I taught myself to knit about 6 years ago when I found out I was pregnant. I had this vague, fuzzy picture of myself in a rocking chair, needles clacking away as the angelic child slept in a gauze-draped cot. Yeah, right. So I didn’t really knit again until baby #2 was on the way (when my head went all fuzzy again). That time it stuck, though. Probably because I joined an active and supportive knitting group, The Harrow Knitters. They’re the ones who introduced me to Ravelry. I just kept going, eager to discover new techniques and cool new configurations. Eventually I got to the stage where I knew precisely what I next wanted to knit, but couldn’t find a suitable pattern anywhere. So I just made it. And then, slowly, started writing the instructions down, and turning them into patterns.

Last March, I decided to really go for it and started submitting formal proposals to publishers. My very first one was picked, I was chuffed! Cue many months of frantically trying to MAKE what my head had envisioned. My brain was finally being used for something engrossing, not just entertaining toddlers.

Since then, I haven’t looked back. I have more patterns lined up for publishing in various magazines, and I’ll be releasing more myself too. I’ll put all the news right here on this blog.

Nowadays my favourite thing to do is sit in a Café with my gorgeous babies and people-watch together. We go on a Saturday after ballet while Daddy has a lie-in. They have babyccinos and I have a hot chocolate. There’s usually a biscuit too. We go home and bounce on the bed to wake Daddy and then we all have a “family hug”.

Find me everywhere as “catchloops”

The Harrow Arts Centre is right next to Morrison’s in Hatch End.
There’s a large car park, but it’s frequently full. You can chance your arm in Morrison’s car park though.

Daisy’s in the Arts is inside the arts centre and it’s a lovely evening space – there’s alcohol available if you’re so inclined and the hot chocolate is good. Lighting is slightly better than in Oddfellow’s so you can bring non-garter st projects. Remind me to find out if children are allowed.

Simply Daisy’s is tucked away next to the Dance Studio, photo instructions here. A great place for daytime meets and it’s kiddie friendly (as are we).

Oddfellow’s is opposite Lidl or the Police station in Pinner. The lovely, lovely landlady seems to have a soft spot for us which we abuse terribly. We must knit up something for her again! Ideas pls!

We meet here twice a month and it can be calm and quiet or very, very busy with us knitters! Features include a special chair to sit on under certain, controlled situations. Come along and find out what we’re on about!

There’s always plenty of parking in the car park ‘round the back of the pub.

It’s a Costa, what can I say? It’s NOT the one by the station, it’s opposite the fruiterer’s market stall in the big pedestrianised piazza in front of the two main shopping centres. We tend to sit in the alcove round the back of the barrista station, so we’re not visible from the door. Come right in and take a proper decko if you don’t see us at first glance!

I tend to park in one of the shopping centres, but there are plenty of choices.

Papa Gateaux stays open late especially for us, so there is a £2 contribution if you come to this meeting. The cakes and hot chocolate are well worth it though! He’s a lovely guy, we should probably knit him something too! There may or may not be a couple of fluent french-speakers in the group, so this meeting’s a little bit like taking a holiday in France for a couple of hours (I think).

Parking’s a little trickier, but you can usually find a place further up the street.

What a lovely evening I have just had. I am overwhelmed by how sweet my lovely Harrow Knitters are. Big kiss just for you, mwah!

No booze was imbibed in the making of this post, since numpty me forgot my wallet!

The Harrow Knitters had their inaugural Second Friday daytime meeting today. It was lovely, and my latest model was a model of good behaviour! But I’d a job of it trying to find the place.

Get to the Harrow Arts Centre. Go to the car park.

(BTW, Through the door on the right is the quickest way to get to Daisy’s In the Arts for the First Tuesday evening meets.)

To get to Simply Daisy’s, don’t go *into* the arts centre, but go to the right of it.

Go past the prefab where they’re having the WeightWatchers meeting.

What’s that in the corner? 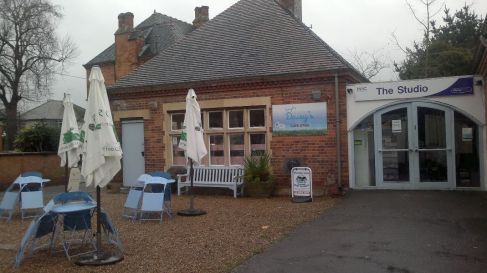 Aha! There it is!

Here’s a table of all the Harrow Knitters’ meetings next year. Check out our rav group for more info.

I’m finally getting published in a knitting magazine! LOL