Well actually, I started knitting it on Friday, but decided to frog back yesterday.

The photo above is what I had Tuesday night at knit club. I asked the others there their opinion and they were frank enough to point out that the cables didn’t join up well with the ribbing. To be honest, I knew the moment the question left my lips that a certain amphibian would be making an appearance. This is what I have now and I’m much happier.

It’s got flow now, and so it’s knitting up much faster. I want sneak a row in on it all the time, whereas yesterday I kept putting it down because I was doubting it. It has meant a few extra swatches though! 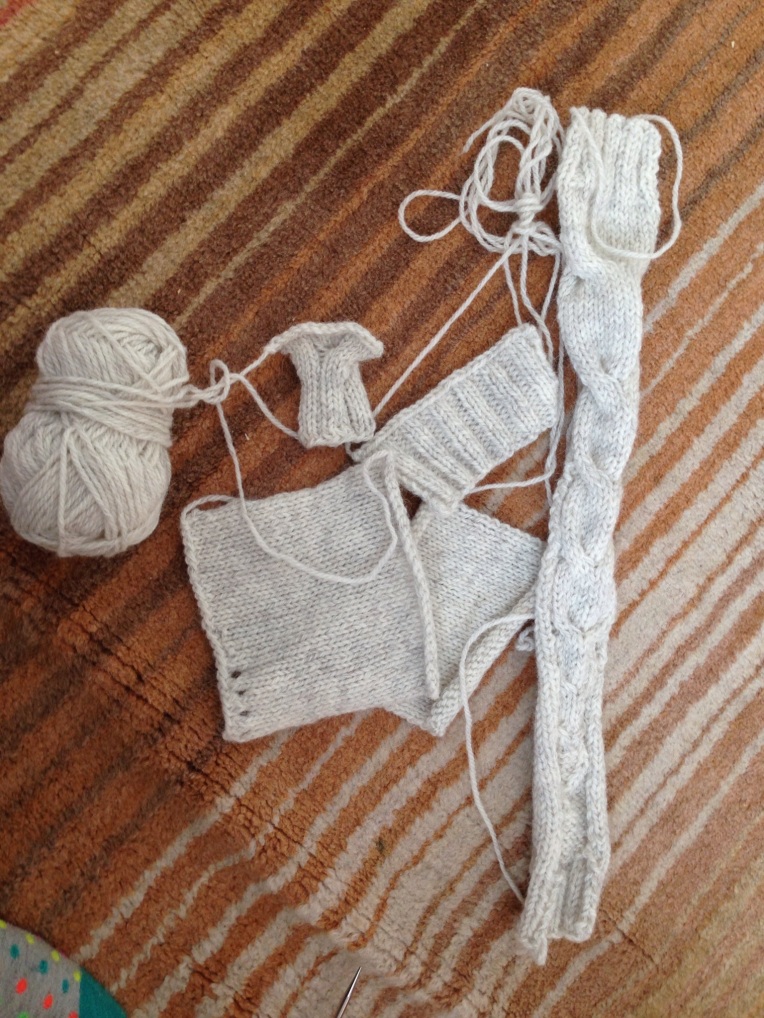 These are just the ones I had handy!